Last week Kid One told me, as we were walking, that he’d heard on NPR that scientists had been calculating calories all wrong for all these years. Almonds, he mentioned specifically, actually have fewer calories than originally thought. How can this be? I wondered. So I promised to do a little research. 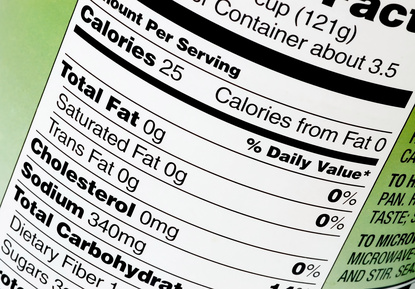 So here is what I discovered: the measurement of the calorie came about with the creation of the steam locomotive in the early 19th century. In tackling the problem of how to measure the relative efficiency of their engines, European scientists worked to define a benchmark of heat measurement. The word “Calorie,” capitalized, was first used in public by French physicist Nicholas Clément in 1819. It entered the English lexicon in 1863 with the translation of the super-popular French textbook Ganot’s Physics, a bestseller that defined the Calorie as the heat needed to raise the temperature of 1 kg of water from 0 to 1°C. More properly called a kilocalorie, shortened to kcal.

Eventually the medical field started playing around with the idea of adapting the calorie unit to apply to our own energy needs, i.e. food intake. Since our bodies are not steam engines, it took a bit of playing around to figure out how to do that. The breakthrough came from experiments done by a Wesleyan chemistry professor and researcher named Wilbur Atwater during the end of the 19th century. (Note to parents and teachers out there; now this is an interesting man for a science report.) His breakthrough work came in defining calories as we know and love them today: our standard breakdown of 4 kcal/gram of protein, 4 kcal/gram of carbohydrate, and 9 kcal/gram of fat.

A respiration calorimeter designed by Atwater in 1902

He did this by building a 4 by 8 room, the respiration calorimeter, designed to measure human oxygen intake and CO2 output.  He housed volunteers in there, generally for a few days at a stretch, to eat, exercise, and eliminate, taking careful measurements of how much food went into their bodies, how much was eliminated as heat, and how much was eliminated as waste. Yes, that means he sifted through and measured poo in the name of science, just so that one day we would be able to know the number of calories in Doritos Locos Tacos. He based his data on this simple equation – intake – output = energy used in kilocalories. Using the Atwater method, the number of calories in any food can be easily calculated as long as you have the breakdown of protein, carbs, and fat by weight.

There is another device, the bomb calorimeter that measures calories in food steam-engine style by burning it, under very controlled conditions, in a sealed chamber surrounded by water. Calories are calculated by measuring how hot the water gets. It’s straightforward measurement that more closely approximates a steam engine than the human body. These are readily available online and are certainly common in corporate and university science labs. Just for fun, here’s a video put together by Marci Harvey demonstrating how it works:

The USDA uses the Atwater method for calculating calories listed on nutritional labels. Here is their 108-page document published in 1973 that serves as the main source for their information; I glanced through and saw it combines Atwater methods with bomb calorimetry to come up with counts that take insoluble fiber into account. Calorie information is also calculated by adding together the values from ingredients or from numbers provided by food manufacturers.

Medical and nutritional science has evolved quite a bit in the 100+ years since Atwater’s experiments. But back to the original question: is Atwater’s calorie count system really accurate?

More recent studies have suggested no – at least not when it comes to high-fat, high fiber foods like nuts. Scientists again turned again to poo to collect data on the true calories in an ounce of almonds. In August of 2012 they released their results – the calories in almonds have been overestimated by 20%. Turns out our bodies don’t absorb as much fat as an almond contains. As a result, when fat is eliminated, so is the potential energy, therefore the actual calorie count goes down.

Calorie count in any individual food item can vary depending on whether it is processed/cooked, or unprocessed/raw. For example:

Calorie counts can also vary because 5% to 30% of available energy, or calories, are used by the body’s own digestive process. It takes energy to digest food, and more energy for a high-fiber food with dense nutrients than for a processed, pre-digested food. This also explains why it’s said that celery is a negative calorie food. And don’t forget about bacteria in your gut. You take those probiotic supplements to add beneficial critters into your body, and they they take some of that food energy for themselves. (Rachel Rettner does a very nice job at explaining the science and the myth behind calorie science in this article on Livescience.com.)

Buyer beware: calorie counts on restaurant menus can vary much more widely than they do in a handful of almonds. A 2010 Tufts University study sampled 269 menu items from 42 restaurant chains including McDonald’s, Cheesecake Factory, Chipotle, and Olive Garden. The results:

“On average, the food items measured ten calories higher than the restaurants’ stated calories.  That’s essentially accurate,” says senior author Susan B. Roberts, PhD, director of the Energy Metabolism Laboratory at the USDA HNRCA. “However, 19% of food items contained at least 100 calories more than listed, which suggests calories for individual foods can be unreliable. One item contained 1000 calories more than listed.”

These differences had nothing to do with energy locked in the food and EVERYTHING to do with how the food was prepared. Extra pat of butter in the skillet? Too much blue cheese dressing? These are humans back in the kitchen cooking from recipes, and any deviation in quantity or ingredient changes the calorie count. As a spokesman from Domino’s stated, in disputing the Tufts findings:

“We make a million pizzas a day, all by hand, all by individuals, in 5,000 stores across the United States,” Tim McIntyre says. “We’re not robots. You’re going to find an anomaly every single time.” 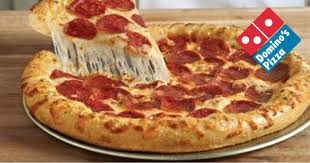 So how many calories are there, really, in a slice of Domino’s pepperoni pizza?

Every single time. And the biggest culprits were soups and salads, the so-called “healthy” menu items. The question is, is the anomaly within 10 calories, a range scientists consider accurate? Or is it more? It only takes an extra 100 calories every day for a month to gain one pound . . . it’s easy to pack on 25 pounds in 2 or 3 years for having eaten a deceptively high-calorie salad for lunch every day. This happened to me when Kid One was a toddler. It took me only a year to gain ten pounds from drinking a couple of lattes every week. Honest. A couple days a week, I’d pushing his stroller the half-mile to the coffee shop to meet other stay-at-home moms, and the short walk wasn’t enough to compensate for the extra calories of milk and sugar.

My father read this and asked if calories are just an abstraction. That’s a good question, actually. I will say no, because calories actually exist as a measure of heat. I’m going to say that calories are more of an estimate, in the mathematical sense of getting close enough to the real value to make an answer correct. Calories are also the best numerical guide we have to energy needs. But common sense works, too. Marion Nestle, one of my heroes and author of Why Calories Count, wrote:

One point is clear. Larger portions have more calories. The easiest way to prevent weight gain is to eat less by choosing smaller portions, fewer snacks and healthier meals in general.

So to circle back to the original question: are calorie counts really accurate? If you, like my father, have lost 35 pounds monitoring calorie using Fitbit, MyFitnessBuddy, or another one of those programs, then congratulations. Proof that calorie counts are accurate enough and working for you . . . keep up the good work!

But most of what my father eats is homemade – even granola and bread. He might eat out once or twice a week. If most of what you eat is premade, even if it’s a banana nut muffin you get with your morning cappuccino or a vegan tofu sandwich from the natural foods deli, you might be in for a surprise. Watch this cute 6-minute short from “calorie detective” Casey Neistat as he discovers a day’s worth of premade food contained 548 calories more than stated:

Well, you asked, Kid One! My take-away based on all this new knowledge: eat when you’re hungry. Stop when you are full. As Michael Pollan wrote: “Eat food, not too much, mainly plants.” Keep eating lots of fruits and vegetables and bean burritos just like you do know. Don’t bother counting out your almonds. And always remember, 200 calories of baby carrots will keep you more full and healthy than 200 calories of gummy bears.