For perfectly straight cucumbers every time

We recently had a gentleman visitor from England, an erudite, entertaining, fellow who, although having travelled extensively in Africa and the Middle East during his first career, was on his first visit to California. We started him off right with a trip to our Satuday’s farmer’s market for a few tastes of the Monterey Bay: Tomales Bay kumamoto oysters from La Marea of the Sea, kraut juice shots from Farmhouse Culture, local Monterey Jack cheese from Schloch Family Farmstead, and fresh strawberries and cucumbers to take home for the evening’s cocktails. A breakfast of princes.

He happened to mention, while in line to pay for the aforementioned cucumbers, that as a young man he worked for a grower outside London who shared the ancient Victorian invention for growing perfectly straight cucumbers: grow them in a glass tube.

I thought he was pulling our legs, but it’s true. Industrial Age inventor George Stephenson, the man credited with building the first railway in the world to use steam locomotives and who invented the miner’s lamp, tired of trying to make a sandwich from wayward, curvy cukes and came up with – you got it – a glass tube keeping them on the straight and narrow. The cucumber straightener. 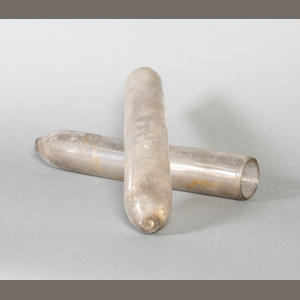 They became quite popular; here is an advertisement 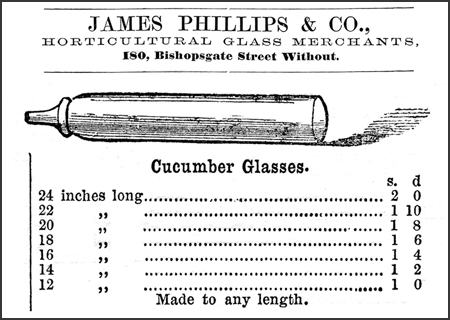